So, where do I apply? I could use a few extra bucks and professional protesting sounds sweet. Yeah, standing along parade routes holding signs, walking in circles holding signs and singing, frequenting town hall meetings holding signs and yelling, asking embarrassing questions on those very signs – sounds great. I wonder, if I held a guitar instead of a sign could I make a little extra? Get a taste of We Shall Overcome capitalism – so to speak.

For what it’s worth, these may be the jobs the Donald promised. You know, a field day for the heat, thousands paid to take the streets. Singing songs and carrying signs, not just there for the paycheck this time. (Sorry, that was cheap, but can’t seem to get the song out of my head.)

Should we be concerned about illegal immigrant drug murders stealing these jobs before real Americans have a chance to turn them down? Probably not. In the Donald world, employment paths only lead back to great Americans again and, besides, all protesters will be extremely vetted.

What a country, after only one-hundred-seven days of Trump teasing, jobs are appearing in the most unlikely places. And now, the republic is hiring protesters in all fifty states: no pay, lousy hours, hazardous working conditions, but like most jobs, decent worthwhile coworkers. 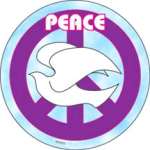