In the wake of this current crisis, I harbor some unexpected feelings.

Sure, I got the usual anger, denial, dazed thing going.  But beyond the anger, beneath the denial, glowing in the haze is something else.  Something less comfortable.

Ever get that “something’s wrong” feeling?

Like when you head out for a walk and call your dog – that feeling just before you realize she passed away last month.  Or when it’s 25th of the month and in the back of your mind it’s unclear how to get next month’s rent.  Or when you reach for the phone, then remember the call you’ve been making every day, for the last six years, won’t be needed any more.  That feeling…

When my memory drifts back to election night, whenever I hear the phrase “Trump Cabinet” or “Trump’s first hundred days” that’s what I feel.  Loss with some alienation on the side.

On the other hand, my feelings regarding our mainstream polls and media are simple.  To suggest that they made mistakes, but who could see it coming?  To assert that they have learned and are ready to move on, is frankly insulting.

The polls and media weren’t just wrong; they were spectacularly wrong.

The polls predicted a greater than ninety percent likelihood of exactly what did NOT happen.  The media, apparently, never detected, so never reported the actual election winning narrative.  They didn’t see the story, even when characters in the story were screaming at them.

Plainly, the current crop of mainstream media and polling staff are not competent enough to do the work required in our democracy.  All the polls: 538, Huffington Poll, Gallup, Rasmussen… lack credibility.  All the mainstream media: ABC, CBS, FOX, NBC, MSNBC … lack the imagination, curiosity and courage to act as our eyes and hears.

Our mainstream media and polls were gamed and easily manipulated by Donald Trump.  They were outsmarted by team Breitbart.  They should all step aside and let someone else give it a try.  Clearly, they’re not good enough to play in the big leagues.

That’s all I got today.  Take care of yourselves and each other. 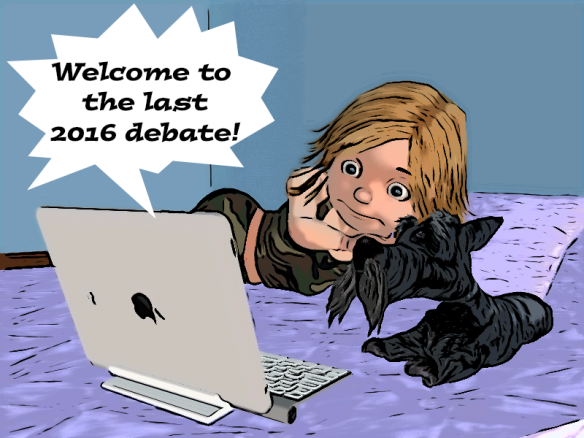 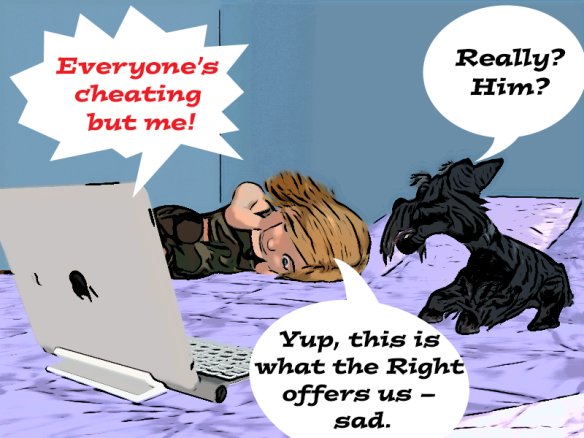 The genuine progressive
Continues as rare
Confuses justice with charity

And eagerly wait
For those next ugly words
Grateful for the clarity? Yeah, she was white hot bright and fun crazy too, but, frankly, quite distant – almost translucent, as if some mindless turn on the journey to find herself left her lost in thought.  While disaster was assured, I couldn’t help thinking, “Half the fun is getting there.”

Sometimes
The best way to express

Down to
The interrogative
Short form

While some
Deserve an expletive
Served up

On a
Three letter silver platter
That’s all

Satin to Speak at Marquette University

OMG
I have two mutual friends with John Boener
Karl Rove and Satin
(Though, I hear that may be one person.)

What shall we do this time?