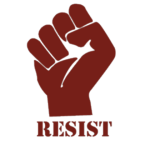 When you start losing an argument, change the subject. Both childhood and childish, this classic tactic is practiced throughout our culture. From simple playground jabs like: “You want your turn on the swing? No, you’re ugly.” to highly crafted complexes like: “Yes honey, I spent all the money and lied about it, but you lied to me about your mother’s personality.” the tactic lives in our language. In the Donald’s language, it thrives.

So, I wake up this morning, the one-hundred-sixteenth since we elected this seventy-year-old toddler, and find a new Trump Twitter storm delivered to my iPhone by our Trump needy press. Oh joy – what now?

What? The Donald claims injury and suffers the slings and arrows of outrageous fortune because Obama wiretapped Trump Towers back before the election. That’s right, the democrats cheated Donald out of the election he won. OMG – so unfair.

Obama? Really? I understand, Trump wants to change the discussion from Russian influence back to that black guy who can’t be trusted. But, is it a good idea to lead public attention in that direction? Assuming any tapping was about the election may be a false path.

If there was wiretapping, it may have been legal surveillance of Russian operatives – in the Trump Towers. Not a good direction for the Donald. He really needs to think this shit through – before speaking. Once again, we expect better from the man who sold us climate change as a Chinese prank.

The republic is already bored with Trump’s unimaginative storytelling and awaits a great American narrative again.  Perhaps a story of international intrigue – maybe something Russian.

PS-
He really thinks we’re all as stupid as his base, doesn’t he?
Sad.