I’m little confused about why Republicans hate unions.  Perhaps it would help if we examine a few (maybe three) conservative talking points currently circulating around the swamp we call national media.

First, Republicans claim government unions use their political clout to elect the politicians that set their pay.   As a result, the unions are rewarded with high pay, great pension and health-care plans.

But, at the same time Republican business people use their political clout (mostly money) to elect politicians that set their taxes and regulate their industries.  As a result, they are rewarded with low taxes and less regulation.

Finally, they claim when teachers choose not to teach purely to pad their already lavish contracts with taxpayer dollars they are violating a sacred public trust.

This claim comes from a private sector that is famous for the $345 hammer, the $640 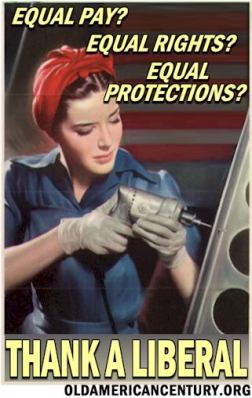 toilet seat and the $7600 coffee maker – all sold to the government and paid for with tax dollars.  This charge is leveled by a business community that has been shipping jobs overseas while enjoying the rights and privileges of citizenship here – all while some of the largest corporations pay no taxes.  Public trust – give me a fracking break!  (Oh, and by the way, do they really think our economic problems are the direct result of paying teachers too much?  Lavish Contracts?  Right!)

So dear reader, do you see my confusion?  It seems  Republicans hate unions for acting like, well, Republicans.